Why does everyone want feedback?

Why does everyone want feedback?  Shop online or hand over your email address and you’re bound to get ‘follow up’ emails asking ‘how did we do?’ and wanting your feedback about the service. 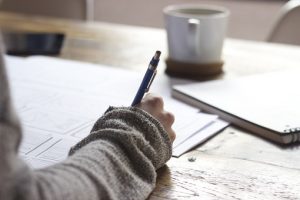 Yes it’s all great that companies are keen to improve their customer service and make sure they get things right, but is constantly pestering people for feedback for online purchases while waving tiny carrots of prize draws at them really the best way to go about it?

Who reads this stuff?

Ok so if a company can persuade you to air and share your views on the promise of being entered for a prize draw, means of course they get free feedback.  But as most of these company ‘feedback’ surveys are merely a list of questions where you score or tick boxes, I’d be interested to know who really looks at this hastily given feedback or whether the companies involved really take any notice of it?

I’ve just had not one, but two separate emails from Argos, several days apart, and both asking for feedback on a recent ‘Click & Collect’ order.

Both emails claimed the feedback survey would only take a few minutes and came with the promise of entry into a prize draw to win a £500 Argos gift card.

Now you may think the chance to win a £500 gift card is incentive enough to spend a few minutes airing and sharing your views, though Argos did seem to have a rather extensive list of questions, 35 in total!  And covering every aspect of the buying process down to rating the price and product.

But oh dear, Argos made a bit of a muck up, as it clearly hadn’t updated its system, as I spotted that the promised ‘Prize Draw’ had already ended several days ago according to the small print at the bottom of the email!

And of course Argos aren’t the only company wanting feedback.  If I’m ever in touch with my mobile phone company I get an instant text asking me to rate their performance and only the other day when I rang to find out what had happened to my Tesco delivery, I had to decline the option of being called back to give ‘feedback’.