Valentine’s meal deals are popping up with M&S, Tesco, Morrisons and Asda all launching one. But aside from supermarket offers, Bella Italia’s Valentine’s meal deal is one of the first ‘restaurant’ ones I’ve spotted so far this year so I thought I’d check out if it’s good value.

What’s on the menu?

At first glance its Valentine’s menu looks like a cut down version of the standard one with a smaller choice of five starters, six mains and four desserts. I spotted just a couple of different ones thrown in including Salami Dolcelatte Pizza and Lemon Meringue Pie.

For starters the choice includes Bruschetta, Whitebait and Insalata Caprese. Mains include a choice of pizza, pasta and risotto with Tiramisu, Cookie Dough Al Forno and Gelato among the desserts.

Now the Valentine’s menu can vary slightly depending on where you go. At Newcastle, Northampton and Exeter, I spotted steak on the menu, (for an extra £3), but no steak on the menu if you’re dining in Milton Keynes.

How does the deal stack up?

I totted up the price of three courses from the Valentine’s menu compared with the same option on Bella’s standard menu.

Bella’s three course Valentine’s Meal Deal costs £19.99 so you can save up to £6.67 if you go for the most expensive dish for every course. But if you happen to like the cheapest one, you’ll only save £2.27.

Ok now Bella’s Valentine menu does include three courses, but if like me you’d struggle to get through three courses and just fancy say a starter and main, I’ve found a trick that saves nearly £10 compared with the Valentine’s offer and it’s done by snapping up a voucher for ‘50% off main courses’ from the ‘offers’ section on the website.

Pop in your email and you’ll get a code that lasts two weeks from the date of issue. Right now that takes you up to 8th February and if you hold out, in a few days time you may be able to download a code that lasts longer. Clearly as with any deal, this could disappear from the website, especially if Bella’s keen to promote it’s ‘all in’ £19.99 deal.

But if you don’t mind celebrating Valentine’s Day a few days early, this way you can choose a two course meal off the main menu for £10.38 per person after the discount, which saves over £9 compared with the Valentine’s three course meal.

To pay just £10.38 a time you’d need to go for the cheapest starter on the menu at £5.99, (and I’ve counted five to choose from), along with the ‘cheapest’ main which means two choices; either Pomodoro spaghetti with tomato sauce or a Margherita pizza as both cost £8.79.

And for the ultimate test, if you choose two dishes from the standard main menu, (that also appear on the Valentine’s Menu), like the Whitebait at £5.99 followed by the Campagna Pizza (goat’s cheese, peppers, onion, pine nuts etc) at £10.29 you’ll pay £11.14 per person (after the 50% main meal discount), meaning a saving of £8.85 just for for going without a pud.

And if at this point you decide you really can’t manage without a dessert; well you still won’t be out of pocket. The most expensive individual desserts on the menu are just £6.29 so add that on top of the £11.14 bill for two course; comes to £17.43 so you’re still £2.56 in hand.

I’ve checked out the small print, and the code can only be used once, so both you and your Valentine’s date will need to download a voucher from the website and may even need to pay separately.

As you’d expect there’s a few t&c’s too so you can’t use the 50% off vouchers on a Saturday, or alongside any other special offers or at certain locations that are all listed including airports.

Here’s how to kick off Monday mornings with a moneysaving breakfast deal.

The folks at Cafe Rouge are are dishing up breakfast every Monday during January at 1989 prices as part of its 30th anniversary celebrations.

So that means you can get a hot drink and pastry for £2 a time; saving around 50% on today’s prices.

Hot drinks include coffee, tea and hot chocolate and you get a choice of pastries including a croissant, almond pastry, pain au chocolat or pain aux raisins all at retro prices.

Download your voucher here to bag your half price breakfast.

And while right now it doesn’t say so on the website, the Cafe Rouge press team tell me the deal’s also going to run every day during the working week kicking off from 21st January.

Most of us are pretty cash strapped come January so how about a chance to win your dinner for free?  And we’re not talking just a ready meal but dinner out at a restaurant or pub.

So how do you snaffle this freebie?  Well there’s a free daily draw from the aptly named Win A Dinner website.  All you do is sign up, which is totally free, and you’re in with a chance to win free grub at places like Pizza Express, Loch Fyne, fancy bars like Drake & Morgan, along with Harvester and Toby Carvery.   And there’s often different places popping up on a regular basis too. 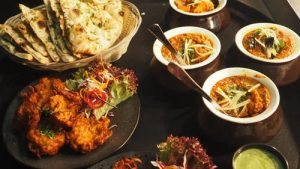 Ok so you won’t get dinner delivered to your door but if you’re a winner, (and you’ll need to check the website after 4pm every day and make your claim), dinner usually comes in the form of a £30 restaurant e-voucher, and in some cases you can bank the cold hard cash, which comes as a £20 PayPal credit, and choose where to go.

Don’t worry you don’t have to dash out the night of your win for dinner or shelve your plans to grab your prize as e-vouchers or PayPal credits are sent within 10 days so you can decide when to eat though do check in case there’s any small print over days or times. 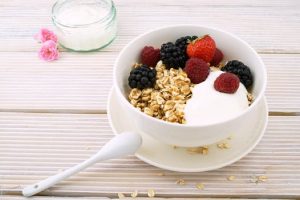 Want Free Breakfast? Breakfast is always reckoned to be the most important meal of the day, yet half of us skip it and that usually includes me.

But let’s be honest if you’ve got an early start, who wants to be trying to force down a bowl of cornflakes at some hideously early hour when you’re in a rush to leave the house?   But if you skip it at home, chances are you may end up forking out on your way to work.

So here’s some easy ways to bag yourself a free breakfast.

Have breakfast with a friend

Deal is that you can buy any bagel and you’ll get the same again for free so go with a friend, and take it in turns to buy the breakfast bagels so the other one gets a freebie.

Be the perfect customer

Pret dishes out the occasional free coffee and food but no guarantees with this one, so you may strike lucky or have to cough up.  Part of a scheme from the top where staff have discretion to offer a freebie so worth being on your best behaviour and playing ‘perfect customer’ next time you’re in.

Get your car fixed first thing

Customers of My Purple Garage in Southampton can help themselves to a free breakfast of coffee and doughnuts when they drop off their car.   So book it in first thing in the morning to get a breakfast freebie.

Want to find out more, then please feel free to contact me.

Why enjoy pancakes on one day when you can make a week of it?

I’ve just been told by the folks at Bill’s Restaurants that they’ll be having an entire week long celebration for Pancake Day. Runs from 20th – 28th February and not just your standard lemon and sugar versions either but its special pancake menu will feature lemon cheesecake, salted caramel and banana split versions!

Plus there’s a free jar of pancake topping for customers on Pancake Day itself which is 28th February.

We use cookies to ensure that we give you the best experience on our website. If you continue to use this site we will assume this is okay.AcceptPrivacy Policy